With summer sliding to an inexorable close it’s all too easy to feel rather drab, like Christopher Robin being called inside from the magical splendour of the Hundred Acre Wood for a dull dinner of shepherd’s pie. However, there is much to look forward to this Autumn as the first print edition of MOOF is all but upon us. Feel free to ask your newsagent – they likely won’t stock it, but you’ll be able to showcase your hip credentials in naming such a niche and trendy new arrival to the scene. Ooh, look at you.

Perhaps there’s been a lot of Leonard Cohen in my bloodstream of late for a number of my new highlights this little while are imbued with a similar melancholic, melodic feel. One of the most beautiful records I’ve heard in a while comes courtesy of Duncan Browne’s debut album, namely the baroque On The Bombsite. There is a feeling of medieval, fairy-tale naivety sprinkled liberally through the production which on repeated listening evokes some of the spell cast by Donovan in ‘Legend of a Girl Child Linda’. Vocally, Duncan is a cross between Nick Drake– the lingering lament in the lyrics and their delivery share in some of the virginal innocence of Drake’s work- and the Marquis of Kensington of ‘The Changing Of The Guard’ fame. Furthermore, ‘Hatton Mill Morning’ from English group The Web has the same breezy quality found in such seminal Tim Buckley standards as ‘Song Slowly Sung’ and ‘Phantasmagoria in Two’. A wistful song from a wistful album which should offer plenty of enjoyment should you allow it to infiltrate your mind. Don’t resist.

For more of a popsike hit, the West Coast Consortium recorded plenty of brilliantly constructed pieces of post-Pepper flower power pop. However, as was often the case in this era, the best was frequently left on the cutting room floor. ‘Amanda Jane’ is one such demo – and can be found, naturally, on Consortium compilations as well as the excellent Cherry Red Love, Poetry and Revolution 3 disc set. A flowery, harmony laden lesson in psychedelic era whimsy, the sound is much akin to that favoured by the Strawberry Children and, more famously, the Flowerpot Men. However, it simply came too late to impress and by the time it was produced in mid-1968 the world had moved on to harder blues based rock. Indeed, reportedly the Consortium’s management derided the song as ‘more hippie shit’ and as such was left largely unheard until recently. And surely, dear reader, we make up the demographic?

Foremost among my favourite albums this summer is Music from a Doll’s House by Family. Roger Chapman has such a startling, strangled voice really befitting of the aural chaos found in this long player. Released in July 1968, here is an album where you can really hear psychedelia transitioning into prog. Building upon their fantastic ’67 debut single ‘Scene Through The Eye Of A Lens’, Family come across confident and competent, so much so you’d never believe this to be their debut album. ‘See Through Windows’, ‘Never Like This’ and ‘Mellowing Grey’ showcase the full range of talent with gentle arrangements being supplanted with the air of menace lent by the slightly off kilter production and Chapman’s unique vocals.

One of the oddest records I’ve had the chance to hear is ‘Bacchanal‘ by Gabor Szabo. Szabo is a jazz instrumentalist, but this 1968 offering sees experimental versions of modern pop songs such as ‘Three Kingfishers’ by Donovan and ‘Some Velvet Morning’ by Nancy Sinatra and Lee Hazlewood. The beautifully subtle and ornate music found within is sure to take you to the sun.

Dipping my toe into the majesty of the British blues boom, here’s a few hurried suggestions of some of the best crafted blues inspired records this side of Chicago: ‘I Ain’t Superstitious’ by the Jeff Beck Group, (oh how Mr. Beck makes that instrument babble like a baby speaking its first words, enchanting!) ‘Sittin On Top Of The World’ by Cream, ‘Things Are Changing’ by Duster Bennett, ‘You Gotta Have Love’ by the Graham Bond Organisation and ‘Travellin Man’ by the John Dummer Blues Band. Now, to catch my breath. I could ramble on about these sides but I’m not sure there’s much can be said that these records don’t say for themselves. Even if you’re not a fan of the blues I defy you to not be impressed by the sheer level of virtuoso musicianship. Also worth seeking out is Free’s 1968 Top Gear sessions, where the princes of the 1970 Isle of Wight festival are shown flexing their musical muscle long before their chart success with ‘All Right Now’ through such heavy vehicles as ‘Waiting On You’. 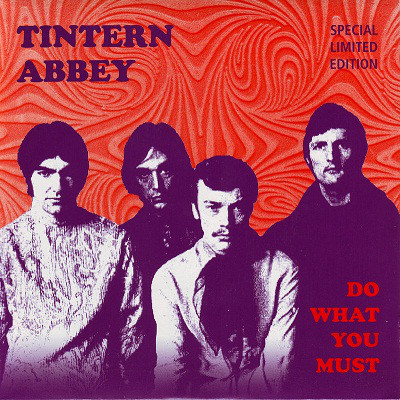 Regular readers of Curiosity Shoppe will understand the palpitations I experienced upon discovering a series of Tintern Abbey demos accessible via YouTube. (Other streaming sites available, yes, but are they really as good?) The scarcity of Tintern Abbey material is one reason as to why ‘Vacuum Cleaner’/’Beeside’ has accrued such legendary status. Indeed, a vinyl EP in limited numbers has been pressed, named Do What You Must after one of the tracks contained therein. Furthermore, another unreleased cut called ‘Tanya’ can be found on Cherry Red’s ‘Let’s All Go Down And Blow Our Minds‘ which, although I don’t own, appears to my eye to be one of the most comprehensive showcases of the many colours of UK psychedelia.

I always get flustered at this stage of my columns. I never plan or storyboard in advance- rather, I just launch in eagerly like an overzealous cavalry officer and commit to cyber paper what comes to my head and I always realise I’ve left it too late to discuss in depth the records that really ought to be cherished. This is the case with the sole self-titled effort of the Five Day Week Straw People, really a late incarnation of freakbeat band The Attack in all but name, which contains some of my all time favourite period psychedelia. Alas, I shall get to it next time around.

Wouldn’t it be lovely if we could have a box set of all of the non-Beatles Apple singles A and B sides? I understand there is a single disc compilation of such material out there, yet there is a lot omitted from this which ought to be heard by a wider audience. Mary Hopkin’s sublime ‘Those Were The Days’ is backed by an equally excellent but rare as hen’s teeth cover of ‘Turn! Turn! Turn!’ which at times recalls the more earnest and soulful songs of Buffy Sainte-Marie (her ‘Sometimes When I Get To Thinkin’ has featured heavily in my internalised soundtrack of late and I suggest you allow it too) whilst the powerhouse White Album-esque pop sensibilities of Jackie Lomax never fail to have me wondering ‘what if’. ‘Sour Milk Sea’ is a hit that never was and in some parallel universe you, dear reader, are sick of hearing it. Unfortunately that is not so in this one.

Before I go, allow me to point you in the direction of Blonde on Blonde, one of the most original English groups to emerge from the post-psych scene. Heavily publicised following their appearance at the ‘Magical Mystery Tour’ festival in August 1968 alongside the likes of the Incredible String Band and the Bonzo Dog Doo Dah’s, this group put out some incredibly inventive covers, such as ‘Eleanor Rigby’ and ‘Spinning Wheel’ alongside original such as ‘All Day All Night’. Their magpie instincts don’t undermine them; rather think of them in a similar light to their klepto cousins from America, Vanilla Fudge. I do hope you shall try to hear them.

I suppose that shall have to do us for now. Make sure you pick up your copy of MOOF, for if you don’t I shall have to throw a tantrum and I’m sure you won’t like that. There’s plenty of excellent material going in there and I couldn’t recommend the investment enough. Alas, off I go to the Night Garden to clear up some very important business- I gather Iggle Piggle is not yet in bed and is in very real risk of waking the Tombliboos.

Until our next sunshine exchange. If all us flies could merge together, oh what a very large fly we would be.

Editors note: you may be aware that we’ve seemingly skipped “Jack Hopkins’s Curiosity Shoppe, No. 4” but fear not, we haven’t, it’s nestled comfortably in the first issue of MOOF which is available to pre-order now.

Back on @sohoradio tomorrow 6-7pm 🖤
HBD Francoise 🎂
In the run-up to the release of MOOF issue 10 we’ll be sharing some content sneak peaks over the next few weeks 👀✨ first up our ‘Psyched To Meet You’ interview with actor/comedian/musician/vampire 🧛‍♀️ Matt Berry. Head to the link in our bio to pre-order now (worldwide shipping available) 🖤 artwork by the talented @nikgernert
A few things we played on Sunday’s MOOF radio show✨ available to listen on Mixcloud now. Link in bio! https://www.mixcloud.com/sohoradio/moof-magazine-09012022/
The first MOOF radio show of 2022 is on @sohoradio today 6-7pm ✌️ tune in, drop out (or listen later on our Mixcloud)💖
Don’t forget to pre-order MOOF issue #10! Featuring 60+ pages of exclusive articles and interviews on underground music, art and culture. ✨ each copy comes with a limited edition postcard (pictured) by Berlin based graphic artist @rknwdrp LINK IN BIO 🍄 worldwide shipping available