MOOF: How did you get into 60’s music, art, etc? Is it something you’ve always been around?

DA: I suppose I grew up in it, by way of my parents. My dad has always been into early Pink Floyd, The Beatles, Beach Boys. He even had a dream of making my siblings and I start a family band, three part harmonies and all. I thought Yellow Submarine was a kids’ cartoon – I probably saw that before my fair share of Disney cartoons!  My family seemed to exist in a time of its own- we never had cable TV growing up, so my grandmother taped 1920’s cartoons onto VHS for us, and I spent a lot of time watching endless tapes of 60’s Hanna Barbera shows. I think that combination of sights and sounds really shaped my vision of the world, beyond aesthetics.I actually viewed reality differently as a child, which made relating to my classmates, contemporary culture, and the world, kind of difficult. Sort of like living in a parallel fantasy realm. I was extremely introverted as a result as well. It wasn’t until I was in my teens that I started buying my own records, pulling my head out of books to see the world, honing my interests. I listened to The Velvet Underground for the first time at age 17, I read everything I could about Timothy Leary (even though at that time I knew I wasn’t ready to actually take LSD), I let my mind get blown on Fillmore posters and lysergic cartoons. I later attended art school in Los Angeles, and went further down that particular path of obsession, naturally.

MOOF: How long have you been creating art for?

DA: If you asked my mom, she would tell you ever since I could grasp a crayon in my little hand. She told me I’d be an artist when I was 4 years old (I think I wanted to be a paleontologist at that point). I always had a difficult time relating to and communicating with other humans when I was younger, so I used art as an escape. I can’t imagine what I would have done if I hadn’t been able to draw, paint, make music. Maybe I’d have gone crazy! If I ever neglect to fulfil that need, I definitely feel disoriented. It’s a form of release I’ve grown addicted to, I think. I drew myself out the womb, I’ll draw myself into the tomb!

MOOF: What creative patterns, routines or rituals do you have? What’s your creative process?

DA: Well, I always draw in bed, never at a table and chair- everything but my own bed feels really strange to me. Usually when I start an illustration (one of my own, not a commissioned piece), I’ve already been obsessing over the idea of that particular illustration for at least a day. It needs to bubble over like a kettle, to the point where I can’t have the idea exist in my head anymore without it being on paper. I sleep weird hours because both my boyfriend and I are freelance- we sleep whenever we want, work whenever we want, etc, which sometimes means I stay up till 5am working. I’ve seen the sunrise while working on a project or two. I almost always draw at night- I don’t know why, but I don’t like drawing during the day; it doesn’t feel as magical and sacred. I get a lot of inspiration from early 1900’s nudes, blacklight posters, 60’s underground comics, records… Sometimes I listen to a song over and over again and it creates a kind of rumble in my mind. I sketch my illustrations really tightly before I ink them- down to the minutia. Once an illustration is inked, it looks almost identical to the sketch that preceded it. My creative process is really like clockwork at this point. I draw anywhere from 1-4 illustrations a day for myself and for other people, so I’m sort-of a well-greased machine.

MOOF: If you could hang out with one person, dead or alive ,who would it be and why?

DA: I wish I could meet Ramases (AKA Barrington Frost) who believed himself to be the reincarnation of the pharaoh, over a handful of other musicians that come to mind. I’ve always felt a deep connection with his vision of reality and his expression of that through music. His two albums Space Hymns and Glass Top Coffin touch me in a way I can’t even begin to explain. There’s some cracked, hopeful but dystopian, beautiful illusion of the future and our relationship to the cosmos that resonates with me still, a decade after I first heard his music. 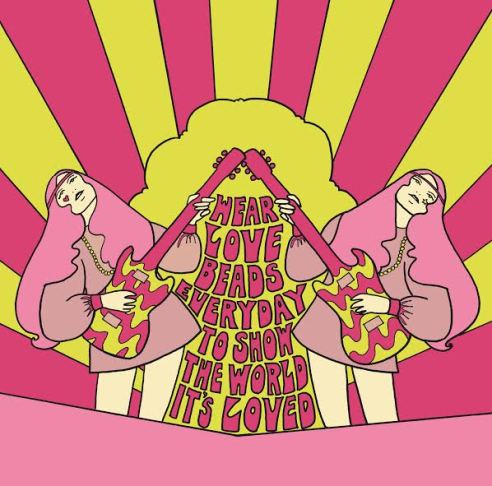 MOOF: You’ve been involved in a number of music projects yourself, who are your favourite bands?

MOOF: It’s clear to see you’re heavily inspired by the 60’s, what else inspires you?

DA: I’m inspired by everything beautiful, bizarre, and mind-expanding! I’m very interested in the occult and I have an extensive collection of books on alchemy, witchcraft, plant medicine, shamanism, divination, black and white magic, palmistry, plant communication, theosophy, color healing and astrology. I’m also very moved by nature and travel. I grew up half in the suburbs of LA and half in the mountains of California, so I’m always drawn to both cities and forests, and need a balance to stay sane. Films influence my work a lot as well – I dig visually striking movies like “Valerie and Her Week of Wonders”, “Daisies”, “Zardoz”, “Holy Mountain”, “Suspiria”… I collect VHS tapes, too. I’m also inspired by unicorns, fairytales, mushrooms, baroque textiles, Victorian architecture, flowers, and most of all, love!

MOOF: If you could time-travel to any year what would it be and why?

DA: It’s probably the most obvious answer, but I’d go back to early 1967, before the real dream of flower power and universal love was completely corrupted and exploited. I’d much rather be around for the Human Be-In than the Summer of Love, Woodstock, and Altamont! Though to be fair, I wish I could have been around for any of those as well. There was some magical moment in time, a real Age of Aquarius, which I think was about more than wearing far-out gowns, dropping acid and listening to out-there music, when a generation of humans felt a connection to a celestial force, to the earth, and one another. Better than time traveling, I truly wish we could have another Renaissance, an awakening; everyone with flowers in their hair, open minds, when we could all wear our love like heaven again. Maybe it’s a pipe dream, but it’s a nice one to have!

MOOF: What’s been your favourite commission? Are you working on any exciting commissions at the moment?

DA: I just had the great pleasure of drawing the cover for Biff Rose’s new album, ‘The Simmer of Love, The Lover of Some‘. I’m a huge fan of his, so it was a true honor. My friend Jesse is touring with him starting tomorrow- Biff turns 80 on tour! I hope I’m still touring when I’m 80 years old. I’ve been working on a series of illustrations for my lovely friend Sasha- she’s a vintage slinger as well (her shop is Astral Boutique), living in the foothill forests of the Sierra Nevada mountains in California. We’re doing all the signs of the zodiac right now, with Libra and Scorpio under our belts already. She’s been making mugs, t-shirts, and has plans in the works to make astrological party ware in the near future! 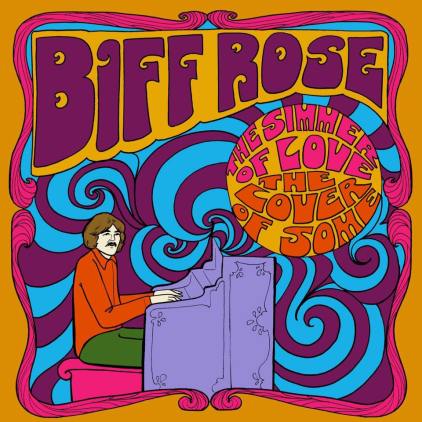 You can follow Dawn Aquarius on Instagram here
All artwork by/provided by the artist
MOOF claims no credit for any images posted on this site unless otherwise noted.  If there is an image appearing on this blog that belongs to you and you do not wish for it appear on this site, please E-mail with a link to said image and it will be promptly removed

Back on @sohoradio tomorrow evening, 6-7pm
Don’t forget! Submissions for MOOF issue 10 close 1st November ✏️ ✏️
We recently had the pleasure of being interviewed for @pigiamazine 💜 link to read in bio
A few things we played on Sunday’s radio show, now available to listen on Mixcloud. Link in bio ✨
Tune into @sohoradio this Sunday 6-7pm to hear a mix of autumnal acid folk by @melanie.angela 🍂🍂
Today at 6pm we'll be premiering the new single “Nine Herbs Charm” by psych folk singer-songwriter @henryparkerbfd , from his forthcoming album 'Lammas Fair', due for release on the 5th November and available to pre-order now. Photo by Peter Dilley