MOOF Magazine are over the moon to premiere the brand new music video for “Alchemy”, from London based singer-songwriter Woody Green’s upcoming EP.

Nostalgic and beautiful, the music video is made up of video tape clips from Woody Green’s childhood growing up in rural Ireland, where he feels a lot of the music he creates stems from or originates.

Being Woody Green’s first solo release, “Alchemy” is a truly impressive feat. With a wise and warm voice older than his 23 years and truly sophisticated guitar work, it’s hard not to find yourself utterly absorbed in this magical and touching folk song.

On the writing of the track, Woody Green states:

An accidental or subconscious running theme within the songs I write is the connection to our inner child or even the child we used to be, so it seemed only a natural progression to create the video out of childhood memories.

The song itself is inspired largely from ‘a book on alchemy’ which was gifted to me by my girlfriend Kathleen, we found it in a bookshop in Glastonbury. The book was full of alchemical drawings which inspired some of the lyrics for example, an illustration picturing the Goddess of Antiquity, with one foot on land and one in the sea inspired the opening lyric…

“Alchemy” was recorded and mixed at Kluster Rooms Studio, in Limehouse, London with recording engineer Chris Smith, and mastered by Joe Caithness Mastering in Nottingham.

Woody Green will be supporting Ill Wicker at The Victoria, Dalston on the 12th August for MOOF Magazine’s evening of acid folk. Tickets available here 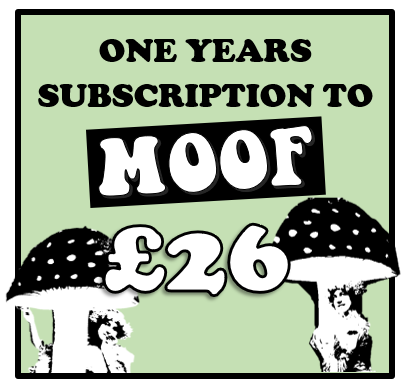