Grigory Grebennikov is a 22-year-old psychedelic poster-artist, based in Leeds. He attended an art school in Sochi, Russia, for a few years, and pursued art at secondary school. However, he got distracted by other things such as sports and music, and went on to study engineering at university. His recent drive for art came to him about a year ago, when he became interested in poster art from the 1960’s and 70’s; this inspired him to pick up a pen and pencil once more. Since then, he’s done poster art for a number of vintage shops, including Seventies Soul Vintage  and Venus Loon Vintage.

After spotting his psychedelic poster art on Instagram, MOOF got in touch and asked Grigory some questions:

Has your artwork always been ‘psychedelic’/ inspired by the 60’s/70’s? What is it about this era that appeals to you?

“My previous work has mostly been centred around natural objects, people and form as opposed to graphic design. It was more about replicating what I see in real life, in a way it could be called classic art. My exploration of the art from the 60’s and 70’s came from an initial love for the music, around 4 years ago I started listening to rhythm and blues. I saw the era as an exciting time to be alive, with technology and culture developing at a very fast rate. It was a time of outbursts of colour and emotions, compared to the previous decades of war and deprivation. As I delved more into the progressive era, I was surrounded by the world of album art which was very striking at first sight. I was fascinated by it, which created a challenge within myself of whether or not I could recreate it. This really was the starting point for me.”

Who are your top 3 favourite artists and why?

“I am really inspired by The Fool Collective, I would say most of my work takes after them. I love how busy their pieces can be, my favourite being The 5000 Spirits or the Layers of the Onion for Incredible String Band. The late 19th century french Art Nouveau movement is another inspiration for me, with artists like Alphonse Mucha. They were the pioneers of poster art, with popular art becoming more illustrative as opposed to the classic paintings. Lastly, my most far out inspiration is Roger Dean who did covers for bands like Yes. I am still to sit down and paint a composition like that.”

What is it about poster art in particular that you like?

“Poster art is all about catching people’s eye and selling a product which can be, for example, music. So as an artist you are to create something that represents an event or a band in an attractive way. First and foremost, it has to be unique, something that people are rarely exposed to. It has to give the observer an idea about the music without listening to it. This versatile and flexible nature of poster art, is what I really like. ”

Do you listen to music while creating your art? If so, what bands/musicians?

“Very often I find myself digging deep into the rarities of 60’s and 70’s music whilst drawing. Recently I began making a transition into the mid-70’s era of glam rock and R&B – with my current artists of choice being Slade, and Steve Harley & Cockney Rebel. I would say I am slightly drifting into 70’s graphic art as well.”

If you could time-travel to any year what year would it be and why?

“If I was to time-travel to a year it would probably be 1969; to go to Woodstock, The Beatles roof top concert, and a New Year’s party to witness the madness it would have been going into the year 1970!”

What artwork of yours are you most proud of? Why?

“My best work I consider to be the oil painting ‘The Green Vegetable and Magic Flower Garden‘ which was my first piece of art inspired by late 60’s illustration. I did it for a prospective album which I hoped to have self-released. Although I never got down to it, the painting still hangs on my wall in the living room. Who knows, one day maybe I will sit down and record the rest of the parts (I had recorded drums already). Let’s say I spent the most time on it, and it’s oil, that’s why it is the best!”

Do you prefer using digital software to create your art, or doing it by hand?

“I mostly find myself starting off by hand with ink pens and water colour. I then scan the work in and finish it off in Photoshop/illustrator. It is the most time efficient way of getting a good result. Although it’s always a challenge to achieve that raw, analogue finish on a poster, and steer away from making it too digital. The computer is there out of pure laziness, I suppose it helps out a lot.”

Do you have any advice for young artists just starting out?

“If you’re just starting out, make loads of research to get super inspired! I found I was spending hours on sites like Pinterest and Tumblr, looking for inspiration and getting a vision of what I wanted to create. So I would say do your research kids, but also let your imagination take charge and lead the way!” 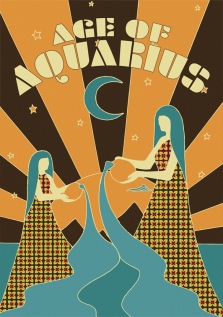 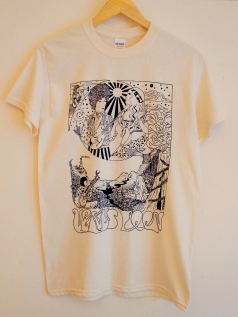 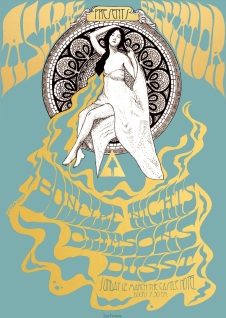 Tonight! We’re DJing at @waxmachinemusic album launch 💜
MOOF Magazine and @britishlibrary present: Beating the Bounds at The Somerstown Festival 2022, Saturday 9th July from 2pm
MOOF MAGAZINE TURNS 5!! 1st August at @thesociallondon 🌞 Celebrate the underground press, counterculture and DIY psychedelia with live music from @sairieband and @waxmachinemusic, @the.stone.club / MOOF DJs, and a psychedelic light show from @innerstrings over two floors 🌀🌀🌀
We had a great time with mini Stonehenge at the @britishmuseum solstice late with @the.stone.club & @jeremydeller 🌞🪨✨
Tonight 🪨✨
Almost 5 years on and 10 print issues later… 🖤 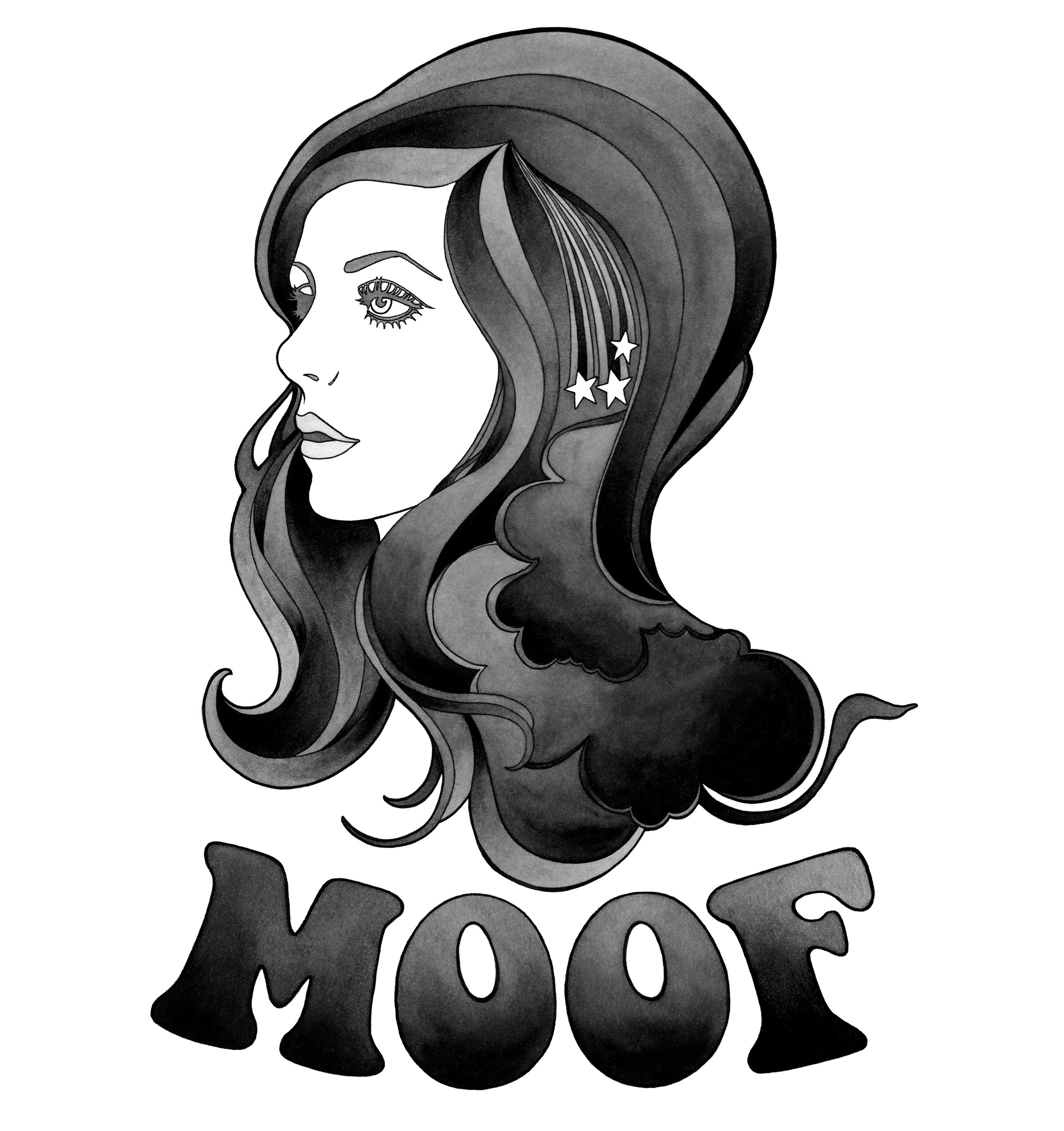